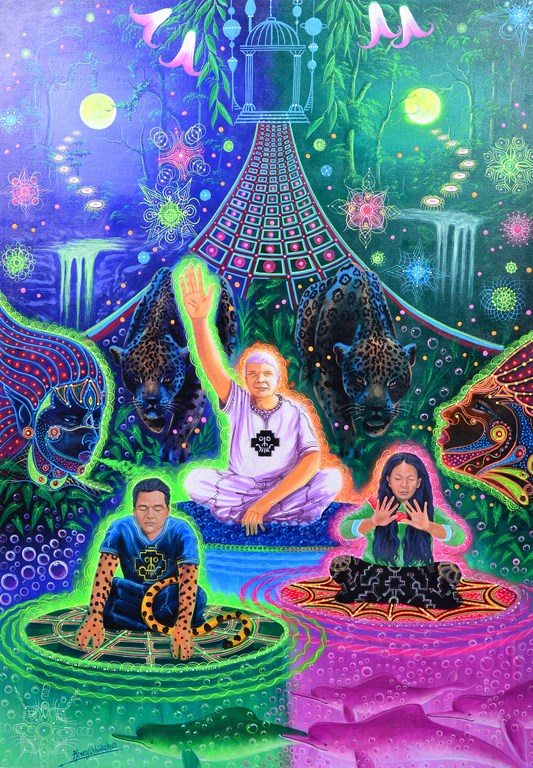 Icaros are the shamanic songs sung or whistled during ceremony. They are often referred to as magic melodies, and sometimes they are sung in an ancient dialect. Icaros are frequently taught to an apprentice by their maestro. Alternatively, they may be learned directly from the spirit of Ayahuasca or the spirits of the various plants the student chooses to diet during their apprenticeship. However, direct-teaching of this sort usually takes place once the apprentice has achieved a certain level of mastery in their work.

Icaros truly are a magical art form, and they play a fundamental role in the Ayahuasca ceremony. Some icaros are used for protection. These are known as arcanas. Other icaros may be used to ratchet up the intensity of a ceremony or tone things down. There’s an endless variety of healing icaros. And, there are specialty-icaros to include those intended to provoke the purge and assist participants with the release of their emotional, psychological and spiritual blockages.

We often have indigenous Shipibo women sing icaros during Dawn of Eden® ceremonies. The Shipibo have a deep connection with Mother Ayahuasca and an illustrious tradition of singing icaros in Quechua, an ancient dialect. Their enchanting melodies provide energetic support for our work. Moreover, their feminine energy is a delightful contribution to our ceremonies. The Shipibo women are a treasure.